No module Published on Offcanvas position

NEED TO AMEND YOUR INFORMATION ON THE VOTERS' LIST?

Who is eligible to vote in a municipal elections?

Anyone can vote in a municipal election who, on the day of the election, is:

There are 3 ways that you can qualify to vote in a municipality:

There is a special rule for students who may be living away from home while they attend school. If you are a student and consider your "home" to be the place where you live when you are not attending school (i.e. you plan on returning there), then you are eligible to vote in both your “home” municipality and in the municipality where you currently live while attending school.

Voting in more than 1 Municipality

Wards
Rideau Lakes is comprised of 4 Wards. You must vote in the Ward where you live.
If you are also the owner or tenant of a property in another ward, you are not permitted to vote in that Ward instead.

Make sure that you are on the voters’ list for that qualifying address.

Your name must be on the voters’ list in order for you to cast a ballot.

Who is not eligible to vote in a municipal elections?

Who is eligible to vote in a school board election?

An individual is elgible to vote in a school board election if they are:

To determine which school board an individual is eligible to vote for, the following criteria is used:

"Supporter" refers to which school board the school portion of your property taxes goes to. The default is the public school system. In order to be a separate school supporter you must direct your taxes to the separate school system. Contact the Municipal Property Assessment Corporation (External link) (1-866-296-6722) for more information.

As a Canadian citizen, voting is your right and responsibility. Your community is shaped by the outcome of an election.

The individuals who are elected will make many important decisions including how tax dollars are spent in your community.

Voting is convenient with Internet or Telephone Voting:

Voter Instruction Letters are to be provided to Canada Post by our Supplier on October 3rd.  Do no dispose of this letter as it is required for you to be able to vote.

No Touchtone Phone or Internet?
If you don't have access to a touchtone phone or internet at your home, please visit our Municipal Office during our scheduled office hours and until 8:00 p.m. on Voting Day to use an ipad or laptop.
The Voter Help Centre is located at the Municipal Office (1439 County Road 8 in Chantry) and will be open during regular business hours Monday-Friday from 8:30-4:30 October 17th to October 21st as well as Saturday, October 22nd from 8:30 - 12:00 noon.
The Voter Help Centre will be open on Election Day - October 24th from 9:00 a.m. until the end of the voting period at 8:00 p.m.

The internet and devices are also available during regular hours at all of our Library Branches during their regular business hours. Locations and hours are as follows: 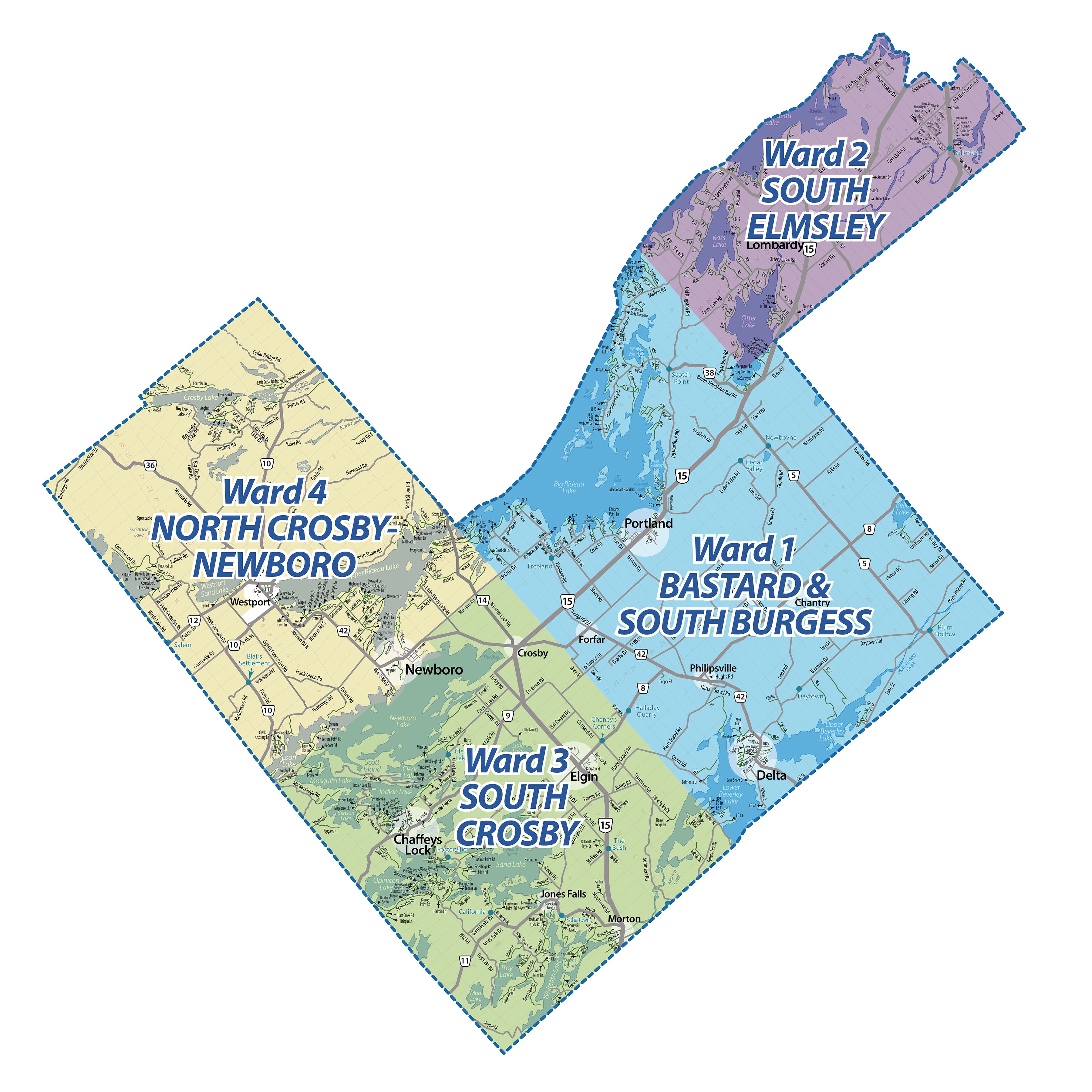 The Voters' List is a list of people who are eligible to vote in the 2022 Municipal Election.

Your name must be on the voters’ list in order for you to cast a ballot.

The voters’ list for each municipal election is prepared from data kept by the Municipal Property Assessment Corporation (MPAC).

If your name is on the Voters' List, you will receive a Voter Information Letter in the mail which will provide you with a unique PIN. You will need this PIN in order to vote. Do not lose this letter.

Important Note: If you choose to submit the below form, you will be required to upload electronic copies of identification to confirm identity, residency, and/or citizenship, etc. The Township of Rideau Lakes is committed to protecting and securing the private information of all applicants and such information will only be reviewed by a limited number of sworn Election Officials.

The Voters' Guide from the Ministry of Municipal Affairs gives information about voting in municipal and school board elections.

The Voter's Guide is available here.

For further information regarding the upcoming Municipal Election, you may also visit the Association of Municipalities Ontario (AMO) website.